As I write this introduction, I’m wondering how many people out there have actually searched “how to hoot like an owl” (aside from turkey hunters). It seems like an odd topic, but from past experience, I can tell you it’s a lot of fun (almost as much fun as making owl crafts with your kids)! There’s nothing more entertaining than watching an entire audience (from grandparents to grandkids) at an evening nature program hooting their hearts out.

My experience with owl calling is purely educational. If you hunt, you may have used an artificial owl hooter to locate a turkey. If your owl call is good enough, you might have heard an actual owl respond. The turkey is gobbling out of surprise which gives away its position, but the owl is replying for other reasons, including curiosity or defense of its territory. Either way, when you get into one of these “discussions” with an owl (or two or three) in the woods at night, you’ll never forget the experience.

Which Owl Call is the Easiest to Mimic?

There are lots of different owls in the world, and each one has a unique and recognizable call. In North America, we hear the common great horned owl hoot frequently in neighborhoods at night. Another common (though not as well known) hooter is the barred owl, who prefers the woods to urban areas. Because of its popularity, you might expect me to recommend that you try to mimic the great horned owl call, but I think the barred owl hoot is easier (and more fun). Check out the Audubon Society’s web page on identifying owls by their calls to decide for yourself.

What does a barred owl sound like? Well, as you can tell from the sound clip on the Audubon web page, barred owls have a very distinct call. You don’t need an owl hooter or special app on your phone to mimic it. This is because barred owls are not very picky when it comes to responding to anything that even remotely sounds like another barred owl. If you’ve never done any owl calling, this is a good species to start with because you don’t have to do it well to get results! This video illustrates that point nicely…

Who Cooks For You?

If you want the chance to see an owl up close at night, the best way to accomplish that goal is to get out there and start calling. Don’t worry; it’s not as hard as you might think. When a barred owl “talks,” it sounds like it’s saying, “Who cooks for you? Who cooks for you all?” Listen to the Audubon call again, and you’ll hear it. That’s a pretty easy phrase to remember…now all you have to do is “owl it up” a bit.

In this video from White Memorial Conservation Center in Connecticut, you’ll learn about how barred owls use their eyes, ears and talons to hunt prey at night. You’ll also hear the center’s education director hoot like a barred owl. She makes it look easy…and for good reason. It really is!

To practice, begin by using both hands to purse your lips together just a bit. You’ll look like you have duck lips, but that’s OK. Great! Now say (in kind of a sing-song manner):

Stretch the “all” out at the end. Good…keep practicing. As you say the phrase over and over, begin to slur the words a bit more so you sound similar to the owl (instead of like a human asking the owls in the forest who cooks for them). With time, you’ll become more comfortable hooting, and you’ll drop the phrase entirely. Before long, you’ll sound like a professional owl caller (no, that’s not really a job…sorry).

If you do some research on owl calls, you’ll find tons of audio of what is fondly referred to as barred owl “monkey chatter.” This LINK is a good example. When two or more barred owls get worked up, their calls become more and more agitated and start to morph into the sound one might imagine would come from a troop of monkeys squabbling in the jungle. It’s an odd sound to hear in a midwestern forest at night, but once you know what it is, you’ll be mesmerized.

So, if you’re wondering if I can call in a barred owl (without the aid of an owl hooter or other device), the answer is yes and no. I’ve tried many times to bring owls in close to my location. I’ve even heard responses from the surrounding woods, but I have yet to see an owl fly in to investigate as a result of my efforts. However, I do have an amazing owl call story that’s one of my favorite memories from my time as a park naturalist.

I hadn’t been a naturalist for long when I was assigned an “Owl Prowl” for one of our evening campground programs. I knew how to call for barred owls (without an owl hooter), but I didn’t consider myself very good at it. I was a bit shy at that point, and figured I’d just focus on helping the participants learn how to call rather than showing off my lackluster skills.

To prepare for the evening’s activities, I set up a tape player at the back of the amphitheater and blasted barred owl calls for about 30 minutes before the program began. Roughly 10 minutes prior to my program start time, a barred owl flew in and landed in the trees directly behind the amphitheater. I could tell he was very close based on his replies to the taped calls, but I couldn’t see him in the dark.

I turned on a spot light I carried with me on cave tours and began searching the surrounding woods. It didn’t take long to find him. He was perched about halfway up a tree on the edge of the woods and was very intently staring down the invader of his territory: my tape player.

Visitors began wandering in, and because I didn’t know what the owl would do, I instructed them to sit near the front of the amphitheater just to be safe (those talons are really sharp). This was a good decision. Not long after my first visitors arrived, the owl began swooping low over the tape player, silently zipping back and forth from one side of the amphitheater to the opposite. He was clearly agitated by the sound, but I think he was even more agitated by the fact he could not find another owl to go along with it.

This continued for a while, to the point that I began to wonder if it would be safe for me to walk back to the tape player and turn it off. The visitors loved it. The owl didn’t seem to care who shined a light in his eyes, so they followed him back and forth as he continued his vigil. Realizing I had to start the actual program at some point, I decided to risk it. I waited until he landed, and raced back to the tape player to shut it down. I looked up at the owl, and he simply tilted his head at me (like they do) and then proceeded to sit quietly on that same branch for the entirety of my program.

Apparently, he was not convinced the “other guy” was gone. He listened to me welcome our guests, watched a slide show about owls in Missouri, and stared unimpressed as we practiced our barred owl calls, which didn’t seem to bother him. I imagine he could tell where those sounds were coming from up in his high perch.

Needless to say, that was my most successful program, but I could never repeat it. I tried multiple times to call in another barred owl using the same technique, but never had any luck. I guess he figured it out after all.

I hope you have the same results I did with your owl calls, whether you actually see an owl or not. There are few animals in this world that will “talk” to humans, so consider yourself privileged if you get the chance to chat with a barred owl.

Ever heard of a "Digital Nature Scavenger Hunt?" No? Well, join the Tree Huggin' Tribe, and I'll send you three for free! Sign up below to get a FREE download sent directly to your email address (instructions included). Subscribers will also receive my quarterly Tree Huggin' Tribe newsletter. Each newsletter includes a brand new Digital Nature Scavenger Hunt - only for tribe members! Enter your email address below to find out more! 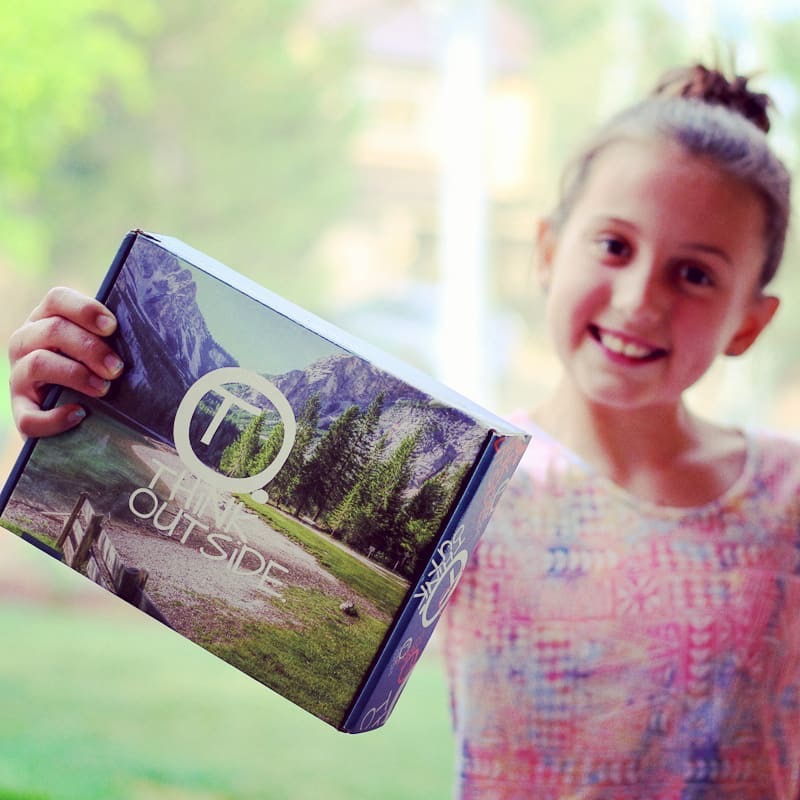 Ever heard of a Digital Nature Scavenger Hunt? No? Well, join the Tree Huggin' Tribe, and I'll send you three for free! Sign up below to get a FREE download sent directly to your email address (instructions included). Subscribers will also receive my quarterly Tree Huggin' Tribe newsletter. Each newsletter includes a brand new Digital Nature Scavenger Hunt - only for tribe members! Enter your email address below to find out more!